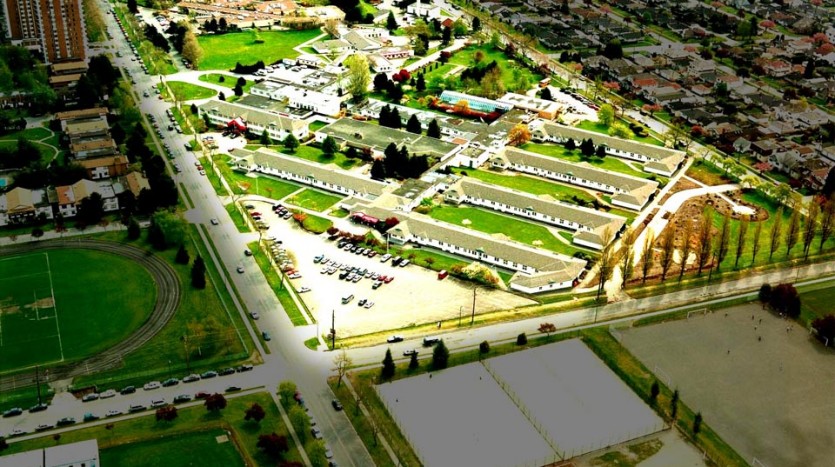 Coast Health has called for bids on its 22-acre parcel on Cambie Street, Vancouver.

Vancouver Coastal Health (VCH) is expecting bids from developers to top $16 million per acre for approximately 22 acres of land it owns on Vancouver’s West Side. But both VCH and a real estate consultant say City of Vancouver community amenity contributions – which could potentially total ten of millions of dollars once the medical site is rezoned for higher density development – could play a key role in the bid process.
VCH issued a request for proposal (RFP) September 9 for the sale and redevelopment of two parcels within the 25.4-acre Pearson Dogwood site on Cambie Street between 57 Avenue and 59 Avenue. One parcel, measuring just under six acres, is currently home to the 116-unit Dogwood Lodge Residential Care Home. The second, approximately 16 acres, houses the George Pearson Centre, a 114-unit extended care facility. VCH will retain 3.2 acres for proposed health care and community uses.

Developers can bid on the 5.8-acre Dogwood site separately or on the entire site, according to the RFP, which is being handled by Cushman & Wakefield Ltd.

According to VCH, their appraisal estimates the value of the Dogwood site alone at between $100 million and $120 million.
Vancouver Council approved the redevelopment of the site in February. The city’s approval supports increasing density by proposing a floor-space-ratio increase from the current 0.75 to 2.8, which translates to 3.29 million square feet of potential development on the entire site.
“This is a huge project,” said real estate consultant Michael Geller, “as a comparison, it is three times the size of the Bayshore site at Coal Harbour.”

The Pearson Dogwood sale would require the winning developer to have the property rezoned. This is where the city would apply the community amenity contributions, which are typically based on 75 per cent of the increased value of the land as a result of the re-zoning, and must be paid by the developer.

Coastal Health argued that the city should waive or reduce the contribution charges because the redevelopment would include medical facilities and other community amenities, including child care spaces, park improvements, a new Canada Line transit station, a new YMCA and social housing.
However, Coastal Health has been told that health care facilities do not qualify as a community amenity because they are a provincial responsibility, according to Brad Foster, external affairs and communications, land and development with VCH.

“We found this dubious, but the city would not move off this position,” Foster wrote in an email to BIV.
It is difficult for developers to know what the eventual community amenity contribution costs would be, and this could have an effect on the bid process, Geller noted.

Recent re-zonings of smaller parcels in the Cambie corridor into higher-density residential have seen community amenity charges equal to about $55 per square foot, Geller said, but the contributions are negotiated with the city on a project-by-project basis.
The deadline for applications to purchase the VCH lands is October 28 and a host of bids are expected “from an A list of developers for this legacy project,” said Edgar Buksevics of Cushman & Wakefield.

A decision on the winning bid is expected by the end of this year.