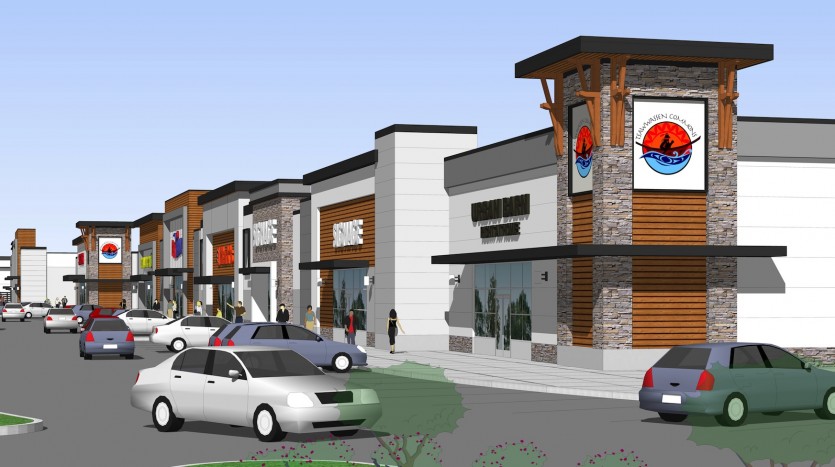 Backers of a retail complex that will help form the second-biggest shopping centre in British Columbia have taken on a 50 per cent shareholder.
GVest Private Equity LP, managed by Calgary-based Gracop Capital Advisors, has forged a partnership with Toronto-based Forgestone Capital Management to help finance and complete the 550,000-square-foot Tsawwassen Commons, which is now under construction in South Delta.

PDG Investments is developing and managing the leasing of the project with FORM Retail Advisors, a Vancouver-based retail broker.

Located on 52 acres of Tsawwassen First Nation lands on Highway 17, Tsawwassen Commons will provide outdoor retail space and include a blend of national, regional and independent retailers, big-box outlets, restaurants and financial services.

Tsawwassen Commons is being developed adjacent to Ivanhoe Cambridge’s 1.2 million–square-foot Tsawwassen Mills, which will have 16 major anchor retailers, smaller retail shops, a 1,100 seat food court, restaurants and retail kiosks. The Tsawwassen Mills project is modelled on the CrossIron Mills and Vaughan Mills in the Greater Calgary and Greater Toronto areas.

When complete, the two Tsawassen malls will represent the second-largest shopping centre complex in B.C., just slightly smaller in leaseable retail space than the 1.71 million-square-foot Metropolis Metrotown complex in Burnaby.

While the cost of Forgestone’s equity stake has not been released, the total development cost for Tsawwassen Commons is $160 million, according to GVest.

The project will be complete in spring 2016.

Toronto-based MacKenzie-Goulais Inc. has been retained by the partnership as retail advisors overseeing the leasing program. In addition to confirmed tenants Walmart and Rona, the project is already 50% pre-leased, with 78% of the retail area under letter of intent or offers to lease, according to GVest president Tim Heavenor.